More Photos From This Series 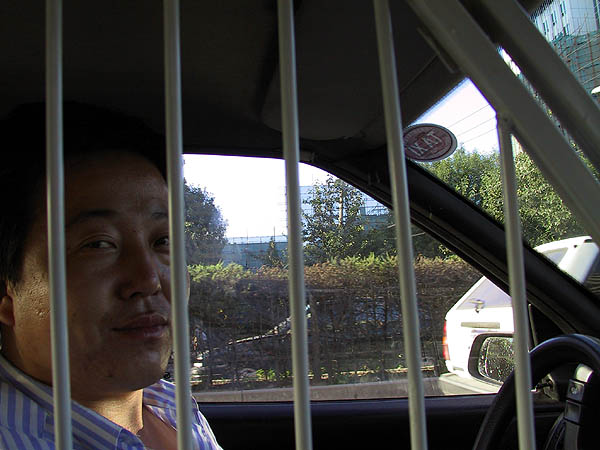 While I don't find the city particularly cheap, the taxis sure are. Out of all the taxi rides I've taken so far, this was the only one where the driver had a sense of humor. He watched me take my camera out and play with it, unsure of what it even was (or so he acted). I aimed at him, took the shot, then turned it around and showed him his picture on the LCD screen. He laughed, mumbled in very bad English something to the effect of "hey, that's me!", then smiled for the rest of the ride...

The bars surround the driver in every cab I've seen yet. I don't know if it's for driver or the passenger protection, but it does look odd the first time you see it.