» Pete's IKEA Replacement Parts (or go directly to the store. That is a really neat idea, I appreciate keeping things out of the landfill just because an easily replaced part wasn't able to be sourced...     #

» Self-Hosting the vaultwarden Password Manager. I'm using KeepassXC locally but have thought maybe having my own Vaultwarden instance would be nice. I did get it running on my NAS using Docker, and exposed via Traefik, but it's hard to break the habit of KeepassXC that's been working great for a while now.     #

» Budget priced, wife friendly, wireless wall switch using 433Mhz and MQTT. That is very clever and I bet the battery lasts forever in that thing since it's basically sending out an "open / closed" ping only when the switch is changed.     #

» Watching a youtube video the other day and the guy was using a Pokit multimeter and switched over to it being a very basic oscilloscope. I had no idea this was on the market, it's on my "I'd like to get one" list now!     #

» Trook: Reviving a 2013 Nook Simple Touch, he'd done it to place the local train schedule on the Nook. I have a couple spare Nooks around here (I very much prefer epaper for reading ebooks so I bought a couple when they were stopping making them) so it'd be neat to have a basic epaper notification board...     #

» f.lux, but for your house, using Home Assistant to adjust your lighting based on the time (dimmer, more red as it gets later at night). Neat idea, the closest I come is having an RGB bulb in the bedroom that automatically comes on in the evening with a dim red so when I go to bed it's easier to fall asleep.     #

» Ever wondered why plumbers are paid so much? As someone who does most of their own home repairs this made me laugh/cry...     #

» Home Assistant IMAP Email Content. I know it's for reporting status but I think that'd also be a great trigger for automations...     #

» Death and Glory Skate Shop - one of the very few local skate shops in Denver. Both inline and old school quad, they recently moved to Broadway and the store is much larger now.     #

» The truffle industry is a big scam. Not just truffle oil, everything     #

» Everyone Everywhere Needs Waymond Wang (YouTube video). I enjoyed that movie so much, definitely warrants a re-watch.     #

» Best Old Games, with free downloads. There's some nostalgia in there for me for sure.     #

» Space Cadet Pinball, amazing that you can play these old games just right in a browser these days...     #

» Raspberry Pi 4 Heatsink: Placement, Size, & More. The Pi4 has a different set of chips (naturally) than the 3 so it took me a bit to figure out where to put the heatsinks.     #

» Internal Domains with DNSMasq and Pi-Hole, as the list of IP things on my internal network grows this gets more important...     #

» Monitoring Home Power Consumption for less than $25. I had bought an SDR dongle a while back but about a year ago I got serious about using it with the rtlamr software listed in the article and got everything working. Right now I'm reading my electric and my gas meters, though I've heard eventually they'll be installing "smart" meters that do time-of-use billing and run over 5g so I don't know how long this will work for me.     #

» NGINXConfig from Digital Ocean. I'm still using Apache and understand it better but I like the idea of a "builder for configs" for things you rarely touch.     #

» Decrypting your own HTTPS traffic with Wireshark, handy.     #

» How to Convert a Computer ATX Power Supply to a Lab Power Supply. Next time I find a neighbor throwing away an old computer...     #

» Custom Home Assistant component for Winix air filters. I've never connected mine to the app or the internet, I just leave it running in the corner and let it do it's thing year round... I also despise any device that requires me to use some "cloud account" and not just have local control.     #

» WinCompose for special characters, for Windows, makes it simple to type characters that aren't on your native keyboard.     #

» pyxcel - python module for Xcel Energy Customers. Unfortunately there hasn't been an update in 5 years and this doesn't work. Might be a good starting point to update though!     #

» IrScrutinizer, nice Linux app to read IR remote control codes. I setup a basic receiver on an ESP8266 and just use ESPHome to have a "write out the raw values what you see" and it worked great for a couple of projects of mine but this is a nice alternative.     #

» PEP 0 – Index of Python Enhancement Proposals (PEPs). I'm very much a beginner at Python and sometimes come across discussion that includes a reference to a pep so finding this list was nice.     #

» An Overview of How to Do Everything with Raspberry Pi Cameras. I have one aimed out my home office window that snapshots every minute and then every hour compiles into a video of "the last 24 hours". I don't always check it but there's been some neat outputs, like watching the moon set, or seeing a storm roll in...     #

» Hacking My Ceiling Fan's Wireless Remote with a USB TV Tuner and part II: Abusing RPi GPIO pins as a radio controller. The second one is the good one, the first is just using standard RTL-SDR which is super simple (I'm running one to read my electric and natural gas meters to monitor my home energy usage.) Transmitting is the big trick in getting control over something like that.     #

» Wheeler Geologic Area in Southern Colorado. Looks amazing and a pain to get to which might mean not a huge amount of people visiting...     #

» Mozilla Observatory, handy for checking a website's security/SSL/TLS setup. Also noticed they have an SSH test tab as well.

I also have used TestSSL.sh (run from a docker container) and it's really nice. I have need of some of these tools at times for work so extra handy.     #

» input-leap software KVM, a way of sharing a single mouse and keyboard across multiple computers. First there was Synergy (which I was an early backer for, got a lifetime membership for an initial donation). When Synergy 2.0 was being developed, which broke everything good about it, there was a fork called Barrier. Now it looks like Barrier has been abandoned and the most prolific contributors have forked into input-leap.

For new users I'd probably recommend input-leap but the original developer of Synergy has abandoned v2.0 and is still making updates to the original so it's still a great piece of software. I use it so I can have my work machine sitting next to my desktop machine and don't have the clutter of multiple keyboards. Just drag the mouse over and now I'm on the work system...     #

» Update Your UT2004 Today. Epic Games is shutting down their "master server" which lets you discover different game servers, this page is specifically for Unreal Tournament 2004 and will show you how to update your local installation to be able to use an alternate from OpenSpy. If you have servers still in your Favorites those will continue to work even if you don't update but you'll lose the ability to browse for other game servers.     #

» Lawyer. Passport. Locksmith. Gun. (A Talk About Risk & Preparedness) (YouTube video). This is an amazing talk, I appreciate his approach to risk management, especially for things that are a one-off possibility.     #

» Fake Dog for Home Security, simple with a motion sensor and a micro-controller, though this is using a Raspberry Pi     #

» Book Review: Albion’s Seed. That is an amazing read - I had no idea about the different bands of settlers, though the conclusions at the end are disturbing at best.     #

» Braun cruZer6 Battery Replacement. Did this on a cruzer5 with a pair of rechargeable AAA batteries I bought on Amazon and it worked perfectly. So glad to keep using something I like, and keeping something out of a landfill.     #

» How to translate French words WITHOUT KNOWING FRENCH (3 clever tricks). Neat how you can sometimes just reason out what it should be since English has so many borrowed words.     #

» Home Assistant Analytics is super interesting to me. In particular the integrations section shows what's most popular. The amount of Google Cast is baffling to me though, I wonder what it's being used for (or if it's just a default installed module...)     #

» An introduction to PipeWire, an audio framework for Linux that makes some really interesting things possible.     #

» 5 DIY Dog Projects. I really like RipStopByTheRoll as a company and their podcast is interesting. Their online catalog is a bit of a mess (the categorization and the path you have to go to find some things is not great) but I appreciate they exist.     #

» Looria reddit recommendations. It's a bot that crawls sub-reddits and finds references to products. So maybe not recommended per se but if you think the most popular items get talked about the most it's worth checking out.     #

» Cassette Tape Nostalgia. I have no idea how they got so many images but wow did I own a fair number of these...     #

» USB Benchmarks, I like that they also have runs over time meaning you can tell how well the USB drive holds up.     #

» Weatherbase gives you historical weather trends (temperatures, moisture, etc) for a city it knows about. Really nice if you are traveling somewhere and trying to figure out what the weather might be like there...     #

» BigTreeTech SKR Mini E3 V3 - Installation & Firmware, and the already compiled firmware direct from BigTreeTech's github. I'm not having great luck with 3D printing but I keep trying, hoping this upgrade and the BLTouch will fix some issues...     #

» List of Carnegie libraries in Colorado. I didn't even know that was a thing, interesting.     #

» BlueIris in a Docker container. BlueIris is a NVR (Network Video Recorder for your security cameras). I'd always known it to be a "you install this directly" kind of thing so seeing it in Docker is interesting.     #

» Real-Time Radiation World Map, their store also sets Geiger counters so you can contribute. Found this will poking around looking for Radon information (in particular a monitor I could integrate with Home Assistant...)     #

» How a Cable Modem Works. That's an impressive amount of detail in a short read, I'd known some of the pieces but I didn't realize that even the data was transmitted as an MPEG-2 stream.     #

» Why You Can't Walk to America's Newest Train Station. Because 'Merica of course.     #

» Picking up Free Lithium Cells Off the Street and Making them Safe for Use. That just seems like too much work...     #

» How to Clean Silicone. Some of my utensils are next to the stove top so they end up with a layer of gunk that just doesn't scrub off. I've had various luck running them through the dishwasher but I think I need to hit this more aggressive method...     #

» AndrOBD - OBD-II diagnostics from your phone. The Mini I have uses it's own extra language so I had to pay for BimmerTool but for everything else this seems super handy, and I've long had a Bluetooth adapter...     #

» Upgrades from Debian 10 (buster). Love the Debian notes and documentation, so comprehensive.     # 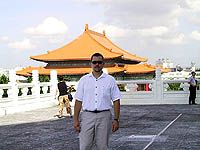 Roatan2000: View from The Road 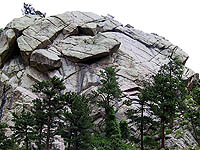 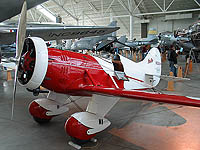 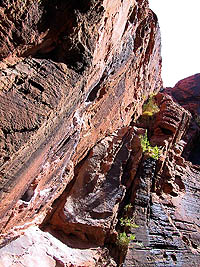 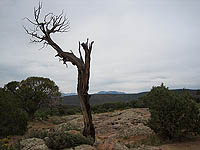 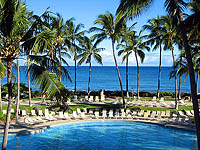 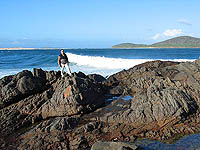 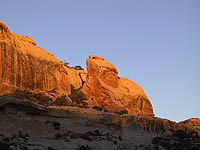